Does Everyone Who Is Exposed to Asbestos Get Cancer?

That depends on where you live. Asbestos is banned in more than 55 countries around the world, including Japan, Australia, and all countries in the European Union. Iceland was the first to ban asbestos imports due to health concerns in 1983, followed soon after by Sweden. Germany banned asbestos in 1992 and UK did so in 1999. However, it continues to be used around the world, especially in Asia and Russia, and in small amounts in the US.

The last asbestos mine wasn’t closed until 2012 (in Quebec), more than two decades after the 1980’s-era phase-out of common asbestos products and utilization. During the last few years of asbestos mining in Canada, over 90% of the raw asbestos material was exported to India. To add to this, in 2015, Canada was importing $8.2 million of products that contained asbestos, mainly in brake pads, but other miscellaneous products such as gaskets and cement pipes. Asbestos was completely banned in more than 50 countries by 2016, but Canada’s true ban did not pass until the 2018 Asbestos Prohibition because of these conflicting interests. There are some exceptions to the 2018 prohibition including use of asbestos in the military and in the chloro-alkali industry.

The 2018 Asbestos Prohibition passed regulations prohibiting the import, sale, and use of asbestos as well as the manufacture, import, sale, and use of products containing asbestos, with a limited number of exclusions (military, nuclear industry, and Chlor-alkali facilities). Exports are also prohibited, and these regulations effectively prevent new asbestos and asbestos-containing products from entering the Canadian market. While this is great news for Canadians, this Prohibition does not solve the existing problems we are currently facing.

There is a common misconception that any building constructed after 1990 will not have asbestos-containing materials (ACMs). While it is true that friable materials (a material that can be crumbled by hand pressure) with large concentrations of asbestos are virtually non-existent in post-1990 builds, we must remember again that over 3,000 different manufactured products containing the material have been in use since before the prohibition went into effect.

In our experience, products that can contain asbestos were used beyond 1990 and even into the 2000s, including certain types of sealants, adhesives, mastics, caulking, and cement pipes and boards. These products can be found in sealants on window glazing, caulking around door and window frames, caulking on flashings, adhesives, mastics in roof applications, and caulking for firestopping and rainwater leaders.

In BC, health and safety regulations require an asbestos inventory of the workplace, particularly in advance of renovation or demolition work. If asbestos is identified and could potentially be disturbed, appropriate controls and safe work procedures will be required. Other hazardous materials (e.g., lead paint, mercury, silica, mould, and PCBs) are also required to be identified prior to renovation or demolition activities.

Every element (roof, wall, floor, structure, HVAC, plumbing, finishes) or space within a building can potentially contain asbestos, and there is no way to determine the presence of asbestos without laboratory analysis. This is an intimidating situation for even the experienced construction professional or building owner, which is why Pinchin Ltd. has spent almost 40 years perfecting the hazardous building materials identification and removal process; from sample collection and analysis, design, and specifications, through to complete abatement, air monitoring, and sign-off. We have the knowledge, resources, and industry understanding to safely and affordably carry out an asbestos and hazardous materials removal program.

Didn’t the US ban the use of asbestos?

Yes. The Environmental Protection Agency (EPA) first banned certain uses of asbestos in 1973 and banned most products in 1989; however, this was overturned by the Fifth Circuit Court of Appeals in 1991. To date, billions of dollars have been paid out due to asbestos litigation, which has severely restricted the use of asbestos in the US. Today, asbestos fibres in the US are mostly used in the diaphragm of Chlor-alkali plants for the electrolysis of NaCl.

All of this could change. Last year, the EPA announced it would evaluate ten chemicals for risk to human health and the environment under the Toxic Substances Control Act (TSCA) reform. The EPA says asbestos exposure is associated with lung cancer, mesothelioma, and asbestosis.H3: Asbestos Exposure Risks

How Much Asbestos Exposure Is Harmful?

Asbestos is not a safe product, so any level of exposure can be dangerous. Most asbestos-related diseases manifest only years after regular exposure or intense short-term exposure. Asbestos was regulated in the 1970s and 1980s, leading to less exposure. While it’s understandable to be concerned if you’ve been exposed to asbestos, it’s also essential to understand the degrees of asbestos exposure.

There is no minimum concentration of asbestos fibers in the air that is considered safe for humans to inhale on a continual basis. The risk of developing adverse health effects is dependent upon the exposure (the amount of asbestos inhaled and the duration of time it was inhaled, typically measured in years) a person has had. Symptoms of lung problems do not usually appear until after 20-30 years of exposure to high levels of asbestos fibers (as might be found in an industrial setting). Most people do not develop health problems when exposed to small amounts of asbestos.

Where can asbestos be found today?

Asbestos-containing material (ACM) can be found in many buildings (including public buildings and schools) and homes today. The older the building is, the more likely ACMs are present in the structure. Fortunately, most residential homes constructed within the past 20 years are not likely to contain any ACM.

If you’ve been exposed to asbestos once, it is typically not considered a cancer risk. If you were not in an extreme situation with high levels of toxic dust in the air, you are not generally at serious risk. It’s important to note the amount and type of dust you inhaled or swallowed when exposed to asbestos. You may have inhaled a large amount of asbestos dust if it was damaged, crumbly, drilled, scraped, or smashed in a poorly ventilated area. Since asbestos exposure does not have an immediate impact, it’s essential to ensure your doctor is aware of the exposure event.

If you’ve been diagnosed with mesothelioma, our lawyers at Miskin Law team can help you with a claim to asbestos trust funds. While not everyone exposed to asbestos gets cancer, it’s essential to know your rights to mesothelioma compensation. We are trustworthy Canadian mesothelioma lawyers that put your needs first. Contact Asbestos Canada today to learn more. 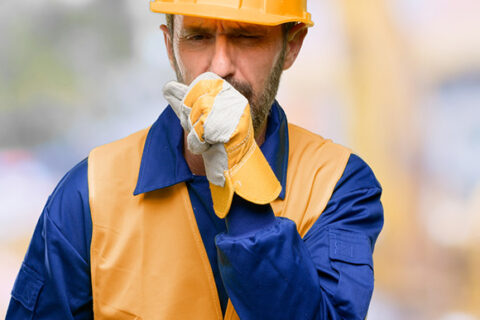 Canadian Mesothelioma Lawyers Explain Asbestos Exposure
Does Everyone Who Is Exposed to Asbestos Get Cancer?
If you’ve been exposed to asbestos,…

Read More
Back to the top